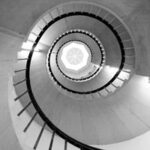 After devoting most of my time to study for the last few months, I am now back up and running with my therapy room and able to teach Reiki once again. I would like to share with you what it means for me and how Reiki has helped me in my everyday life. Although I took a year off teaching, doulaing and therapy, Reiki has always been an integral and very important part of my life. Reiki is Energy, and Energy is a fundamental part of all life. It is the essence of our being and all beings around us […] Read more »

We have just said good bye to December, a month in which some religions celebrate the birth of a new God or a God’s child. Using this opportunity, I would like to tell you a different story, for there is a miracle in every single birth. But the miracle has to start somewhere, and this one starts with the first birth. To tell you this story I will have to ask you to make a journey with me. We are going to journey to a place that stole my heart a very long time ago. We are going to travel […] Read more »

The culture of ancient Egypt mesmerised people throughout the centuries. The pyramids, the tombs, the carvings brought thousands of tourists through Egyptian borders each year. The land of the pharaohs, life giving river Nile and stories of gods and goddesses captured the imagination of children and adults alike. From the first moment I’ve heard about Egypt I wanted to go there and see its wonder for myself. And like everybody else I’ve been captivated by its magic and magnificence. We know so much about the rulers of this country, the custom of mummification and death rites. What we don’t know […] Read more » 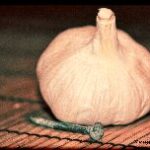 This blog is going to be about birth, femininity and spirit possession. The way we birth the new generation shows how free we really are; how we perceive our bodies and ourselves through them. We birth our children in cultural and social context – a place that is so very difficult to get out of. But it is also a place that gives us the diversity. Diversity in ways of birthing, diversity in belief systems and diversity in all the cultural and social contexts – and this is what fascinates me so very much. The way women gave and are […] Read more »