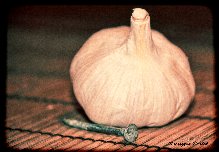 This blog is going to be about birth, femininity and spirit possession. The way we birth the new generation shows how free we really are; how we perceive our bodies and ourselves through them. We birth our children in cultural and social context – a place that is so very difficult to get out of. But it is also a place that gives us the diversity. Diversity in ways of birthing, diversity in belief systems and diversity in all the cultural and social contexts – and this is what fascinates me so very much. The way women gave and are still giving birth. The customs and traditions surrounding it, the way they approach it, the way they go with it and even the way they are talking about it – The World of Birth – a place where for the briefest of moments time and space stand still. A place in which there is a woman, her body and a new life coming through. I would like to travel through the continents and countries and look at the ways women give birth – now, but also in the past. I would like to share all the fascinating stories I’m reading or hearing about, stories filled with beauty but also terrors and fears. Motherhood is and always was a rite of passage that is equally important in all the cultures around the world. The approach is different, and there is no good or bad way, like I said it all depends on cultural and social contexts. In this first blog in the series the system is Zār, and the context is a village in northern Arabic-speaking Muslim Sudan. All the informations are provided from the book by Janice Boddy, who spent a significant amount of time with women from the village Hofriyat.

In this tradition the world is ruled by men and the human identity is that of men. Women’s conceptions of themselves are the product of negation (they are not-male). They are still practicing a female circumcision and a women’s world limits itself to kitchen, cleaning and socializing with other women and children. The female body is not clean and not perfect. Because of circumcision sex and birth are very painful and women avoid sex whenever possible, encouraging their husbands only when they wish to become pregnant. After each delivery a woman’s body is restored, at least superficially, to its premarital “virginal” condition. After the birth woman enter a forty-day confinement period after which she is again presented to her husband as a bride and given gifts of clothing and jewellery (something in value in between the marriage and the circumcision gifts). Virginity assumes a special significance in northern Sudan. But here the virgins are made not born and the virginity is a social construct, not a physical condition. Like in all masculine ideologies, virginity and female circumcision has all to do with dormant fertility not a sexual innocence. Circumcision is performed on young girls to make their bodies clean, smooth, and pure. A girl who has not been purified through circumcision may not marry, and so may not bear children and attain a position of respect in later years. Circumcision prepares her body for womanhood – it confers on her the right to bear children, while marriage provides her with opportunities to advance her position by giving birth, especially to sons. In this overtly male authoritative society women insist upon circumcision of theirs daughters to assert their social indispensability, an importance which is not as the sexual partners of their husbands, but as mothers of men. In that way a woman may become with her husband a cofounder of a lineage section. She will become respected and her name will be remembered in village genealogies for several generations. A woman is legally under the control of her father and, after his death, her brothers for as long as they live. When she marries she comes under control of her husband, but her immediate male kin retain moral responsibility for her welfare. When she is widowed or divorced the economic and moral responsibility passes to her adult sons. The men can allocate and use the woman’s reproductive potential. But the birth belongs to women. Here is the account of an actual birth that took place in Hofriyat in March 1976. Birthing woman, Khadija, returned to the village several months earlier from the place where she has been living with her husband, because it is customary to give birth in mother’s home.

“Zaineb (the midwife) tells us not to worry. The sapling uprooted and placed in Nile water during the last months of Khadija’s pregnancy has borne leaves: she will have an easy birth. Now the midwife is opening Khadija’s circumcision scar and making her final examination. The delivery chamber is dark and even more crowded with women than the yard. Khadija lies on an angarib (Sudanese rope bed), elevated by a roll of mattresses. The midwife stands at her feet. Kinswomen hold her knees apart, another supports her head. The air is damp, foul with yesterday’s incense and the smell of blood. It resonates with invocations. Near the door an old woman on a circular mat fingers worry beads, before her a bulb of garlic and an iron nail. All at once the noise and confusion stop. An ominous silence builds – then abruptly collapses into ululations as birth is announced. The room quickly empties. Men have now entered jubilant kin of the baby’s parents. One leaves on a borrowed donkey to telegraph Khadija’s husband. The men prepare to sacrifice a goat. (…) I ask about the shouting, the silence, the nail and the garlic. People shout the names of saints to summon their strength and to drown the cries of the woman giving birth; they are silent during the birth itself and until the afterbirth is safely delivered unless complications arise that call for speech. The nail and the garlic are present to divert the evil eye, to prevent haemorrhage and obstruction of the uterus”.

Now remembering that we are in the Zār system, which is a religious custom. Apparently it originated in central Ethiopia during the 18th century, spreading later throughout East and North Africa. Zār custom involves the possession of the individual (usually female) by a spirit. So here we are still in the world belonging to women. Smoking, wanton dancing, flailing about, burping and hiccupping, drinking blood and alcohol, wearing male clothing, publicly threatening men with swords, speaking loudly lacking due regard for etiquette are behaviours common and expected in the context of Zār. In Zār women are possessed by spirits, a type of spirit which can cause an illness by possessing humans, so it provides the rituals necessary to their pacification. Someone diagnosed as zār possessed is liable to be affected by her spirit(s) at any time. The spirits may ask for anything from alcohol to new jewellery or a scarf – and the men have to combine to pacify them and free the women from their influence. The Zār cult strengthens the social interactions and serves as a refuge for women. Motherhood leads to maturity and respect and possession helps women to become important and for a short period of time almost men-like (they can be possessed by both male and female spirits). And through the possession women receive the gift of being heard. Because possession gives femininity voice and in the culture dominated by men, this is the only way that for the short period of time femininity could be heard and valued as almost equal.