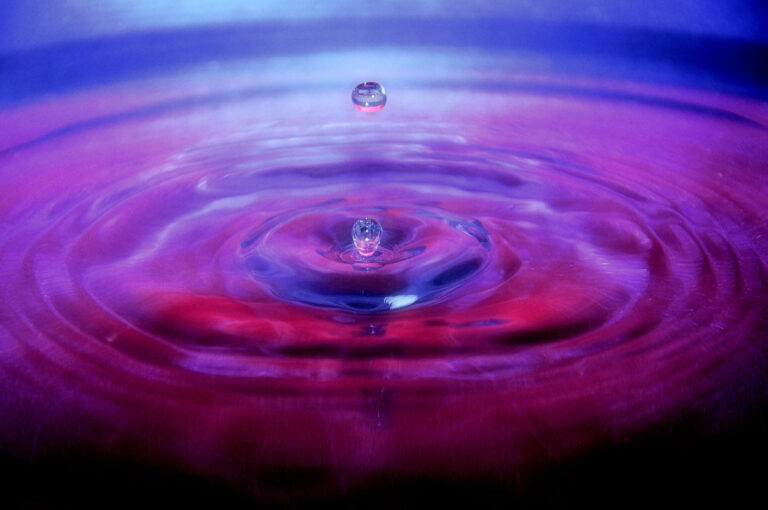 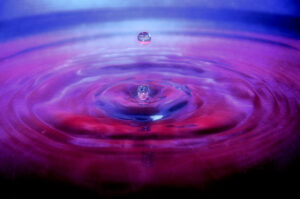 I’m truly worried by the attitude and perception that menstrual blood has in our society today. It’s surprising that this red substance can still conjure such strong emotions not only in men but also in women. Why are we still in the grasp of such an outdated outlook? Maybe the secret to it lies in the history of human perception of blood?

In many cultures blood is considered as the dwelling of the life force, the most sacred of things. In many beliefs it’s an abode of divine energy or human soul. Some blood rituals can bring rain or fertility, some can lead to possession and witchcraft. Words “blossom” and “blessing” have their roots in the word “blood”. Through fusing of blood once enemies could become “blood brothers” ending conflict and war. Nazis were proud of their “pure”, or “Arian” blood and spread the tales rooted deeply in anti-Semitism of Jews drinking blood of Christian babies. In Greek mythology Pegasus – the winged horse popped out from a beheaded Medusa. Asclepius then took blood from one part of her body to prepare medicine, Athena from the other side to create poisons. The blood sacrifice, the symbolic and the real one, serves in many religions as the main focus. Aztec pyramids used to flow with blood, and a little bit nearer in time, Christian communion, where bread and wine become the body and blood of Christ. Let’s not forget about the most famous/favourite creatures of the night – Vampires, who have to drink blood to maintain their existence and immortality.  There is a true history of bloody events and beliefs that won’t make us raise an eyebrow. Yet this certain aspect of blood, rooted in taboo of the past, even today creates a lot of controversy – the menstrual blood. Sadly, here we descend into a whole new level of unholy, dirty and poisonous.

Although many cultures have revered women’s capacity for intuitive awareness, with some cultures even relying upon the dreams of menstruating women to foretell important events for a whole community, some had a different approach. Secret correlation between a woman and a moon was observed for a very long time and has its presence also in the language. We still use in English the phrase “moon time” to describe menstruation, in France it’s “le moment de la lune”, for Maori people it’s “mata marama”, which means “the moon illness”, and can happen only after a girl went to bed with the Moon. In Slavic language the moon’s gender is masculine and the moon itself is considered the master of all women. In all ancient times menstruating women were considered taboo – sacred or unclean, but separated from everyday life. Classical anthropologist Robert Briffault (1876-1948) in “The making of humanity” (1919) suggests that Polynesian word ‘tapua’, ‘tupua’, or ‘tabu’, which comes to us as ‘taboo’, actually means both ‘sacred’ and ‘menstruation’. Menstruation was considered for a very long time as being caused by supernatural forces, as it wasn’t caused by any mundane wound. This is why menstruating women had to be confined to isolation, very often in a specially prepared room or hut. It was understood that they were unclean and their touch could cause disease or misfortune, and their presence in the house could put out the fire in a grate. They were considered dangerous. Sadly there are still proofs of this belief in today’s world in the form of menstrual huts in some parts of India, Nepal and Pakistan. But there is also new research that sheds a new light on menstrual huts. For many hunter-gathers to this day menstrual blood connotes potency, not pollution. Menstruating women and girls have privileged shamanic access to the spirit world, often associated with connection to the Moon “women’s biggest husband”. This potency demands such respect that women are inviolable and no man dares infringe these taboos for fear of destroying his hunting luck. In this meaning the menstrual hut becomes a temple and a sacred space, not a place of forceful seclusion. “In ‘Blood Relations’, his classic work on the anthropology of menstruation, Chris Knight argues that women invented culture. He traces the origins of sexual morality to female self-organisation and collective resistance toward bad behaviours in males. Knight argues convincingly that women could not command respect if they allowed men to take sexual access to them for granted. The way to get men to be helpful was to make clear that sex was conditional on good behaviour. To make this work, women had to establish, at least periodically, the most fundamental rule of all, that “No means No”. As Knight puts it: “If the body is not sacred nothing is”.

This monthly event is both a biological reality and a cultural rite. But why our attitudes are so fixated on making it disgusting? Menstruation is the power behind fertility – it is something that gives us life. Isn’t it time that we actually start appreciating and honouring it? Next time when you menstruate, please touch your blood. See what you feel when you are touching it. Share your experience with me, talk to me about it on Facebook page or send me a private message through my website. I think it’s the time for the “bloody revolution”. This year is the centenary of women gaining their rights. Maybe it’s the right time to give our bodies the right to be free, healthy, happy and intuned with our minds and hearts.